What Does it Mean to Be a Contribution?

What Does it Mean to Be a Contribution?
By Angela Noel

I’m starting a new job tomorrow. I’m not nervous; I’m curious. For the first time ever, I’m not walking into a new job hoping to prove they had made a good choice in hiring me. Trying to prove myself has always led to an over-indexing towards ego and selfishness and I just don’t feel like doing that anymore.


This isn’t to say that I don’t care. I care a lot. I care about contribution. I’m very interested in supporting the people on my new team, my new boss, and the mission of the organization. I just don’t think I need to DO anything to prove that. I think they’ll feel it, because I feel it. As Roald Dahl wrote in The Twits,  “. . . if you have good thoughts they will shine out of your face like sunbeams . . .” Or this from Conan O’Brien, “Work hard, be kind, and amazing things will happen.”  I trust in these amazing things because I know I will work hard. I know I am kind.

But, this wasn’t always the case. I used to compete, with myself if not with others. I wanted to shine, to stand out, to be the best or smartest in the room. I wanted this so desperately I’m sure it, too, shined from my face. Born of ego and insecurity, it offered a far less wholesome light; one as ready to cut down, as it was to help grow.

I remember the first day of a job I held more than a decade ago. No doubt I looked eager when I asked my boss, “What can I do to be successful right now?” He said something like, “Just do things. I’ll tell you when you’re wrong.” My stomach dropped into my shoes. I’d have to wait for him to tell me I was wrong? But I NEVER wanted to be wrong! Being wrong is bad. If he had to tell me I was wrong then I would have already failed! What followed from those first moments was a several-year tightrope walk.

I worried that at every second I would fall; that I’d be fired, shamed, or demoted. (All of which had happened to others.) Though the culture of that company bears some blame for my fear of failure, I’m accountable too.  My blatant need to shine brighter than others would assert itself at odd times. I cared about helping people, but I cared more about status. I wanted an office with a door. I wanted a title. I wanted power, responsibility, acclaim, praise—always praise.

Only when I realized this job was eating me alive, did I begin to understand not only what was wrong with the organization, but what was wrong with me as well. Yes, the culture had run amok, but I’d gone right along with it. I thought I needed them to tell me, through words, awards, or promotions what I was worth. And when the praise came, it was never enough. Not only did my external environment need to change, but I needed to change, too. I needed to do, what Rosamund Stone Zander and Ben Zander, authors of The Art of Possibility, suggest: Name myself a contribution.

Naming myself a contribution meant that instead of competing in a world of scarcity, where praise, promotions, and fancy titles were the rewards, I could throw myself, as Ben Zander puts it, “into life as someone who makes a difference.” Success then is defined not as an “arena for my own success” but as an opportunity to contribute and create a fertile playground for the contributions of others to flourish. It wasn’t an overnight realization. I had to unpack years of competing. I had to stop comparing myself to others and assigning value to things that didn’t matter. Things like status.

For example, I have a number of very successful friends, people who make far more money than I do. I can look at them and feel ashamed. I can focus all my energy on making more money; or buy a fancy car to assuage my ego. But, what if I just asked myself a simple question instead: Am I enough? Do I have enough? When I redefined my success not in terms of competing with others, but in terms of whether or not I had what I needed, I started to change.

What do any of us really need, anyway? Tufawon (Rafael Gonzalez), whose rapper name intentionally evokes “two for one” to depict his mixed Puerto Rican and Dakota roots, said very clearly in a session on NPR’s Summer Music Series, that he grew up in poverty but was “privileged on many levels.”  He had enough. I, too, was privileged on many levels. Failing to acknowledge, with gratitude and humility, all that I did have because I always wanted more felt like the worst kind of hypocrisy. “Comparison,” Theodore Roosevelt said, “is the thief of joy.”

Over a period of years, I explored what it meant to be a contribution. One of the greatest gifts of this shift in mindset was the discovery that people are awesome. I know that sounds trite, maybe even dumb. But to me, it was a revelation. I’d spent many years worried about what others thought of me, I didn’t spend a lot of time thinking about what I thought about others. Too often, because I spent so much time comparing myself to them, people were divided into two groups: those I was better than, and those that were better than me. (Ugh. I hate writing that down. I wish it wasn’t true.) When I stopped comparing myself to others, I found a wealth of beauty before me. Because I didn’t need to assess the “better than/less than” question, I could pay attention. I met poets, yogis, mothers, fathers, painters, leaders, writers, bicyclists, nerds, entrepreneurs, volunteers, librarians, and teachers. I met thinkers, and feelers, runners, wine-enthusiasts, and computer whizzes. People, amazing people with passions for all kinds of interesting pursuits emerged. They had always been there; I just couldn’t see them before.

So, while I prepare to start a new job, I have a few butterflies about where to park. I’m a little worried about the traffic and that whatever I wear will somehow turn out to be see-through or on backwards. But, I am not starting this new job with fear. I’m going to meet amazing people. I’m going to do good work. No doubt, I’ll also be wrong a lot. I’ll make mistakes. But, that’s okay. The future has yet to be written. But whatever tomorrow brings, I know one thing; I’ll contribute, and that’s enough.

Angela Noel lives and writes in Minneapolis. In between fiction projects, she posts inspiring stories about interesting ideas and compelling people on the You are Awesome blog. She enjoys yoga and loves books, humans, wine, and chocolate (but not necessarily in that order). Connect with her on Twitter at or Facebook or subscribe to her blog for a new post each week. 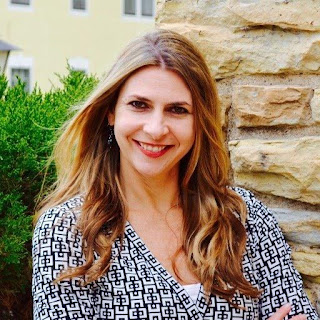 Posted by LoveFearlessly at 7:00 AM

In Celebration of Scars

Scars are a testament to our life, demarcating the exact moment we begin to heal. They are the separation between wound and recovery. To c...